http://www.royalasiaticsociety.org.cn/events/event/east-palace-west-palace/
The RAS is pleased to announce the next film screening: on the 21st of October, we will watch the first Chinese film to deal directly with gay themes – East Palace, West Palace, directed by the independent filmmaker Zhang Yuan (张元), based on a script written by Wang Xiaobo (王小波). In a park of Beijing, the policemen often patrol and round up gay men who cruise at night looking for love. A-Lan, a good-looking young gay man, is one of them. When a cop, Xiao Shi, rounds a group up, A-Lan does not run away, instead he looks Xiao Shi in the eye and instantly falls in love with him. The next time around, Xiao Shi detains A-Lan on a night patrol and takes him to the police station to interrogate. A-Lan then tells Xiao Shi his life story with the hope of seducing him … When the film was official selected (Un Certain Regard) for presentation at the Cannes Film Festival in 1997, it was praised by critics as a ground-breaking work. Beautifully shot in strong, dark colours, and with an early Bartok-like score of grinding string harmonies, the movie is Zhang’s most technically controlled production. As a piece of filmmaking, it’s highly honed on all levels. Lawrence Van Gelder at The New York Times described the film as “Powerful, elegant … and splendidly acted”. The film won Best Director, Screenplay and Cinematography Awards at Mar Del Plata International Film Festival in Argentina, and Best Film and Special Jury Mention for Actors at Taormina Film Festival in Italy in 1997.About the ScriptwriterWang Xiaobo (1952–1997) was a contemporary Chinese scholar and writer. Born in Beijing, he spent his early youth in Yunnan and Beijing as a worker. In 1978, he was admitted into People’s University. In 1984, he and his wife Li Yinhe went to the United States to study on a master program at the University of Pittsburgh’s East Asian Research Center. While studying in the United States, Wang travelled the country, and in the summer of 1986 he visited Western Europe. Wang and his wife returned to China in 1988 and subsequently taught in universities in Beijing. He resigned from his teaching position in 1992 to become a freelance writer. Between 1980 and 1997 Wang wrote a collection of essays and novels. His works were once hailed as "the most beautiful harvest of Chinese contemporary literature”. In 1992 he and his wife co-authored a research paper titled “Their world – Life and Perspectives of China’s Gay Community”. Based on this research paper, he later wrote the script for East Palace, West Palace. Director Zhang Yuan made it into a film and the script won the Best Screenplay Award at the Argentina International Film Festival.Sponsored by the Radisson Collection Hotel, Xing Guo Shanghai 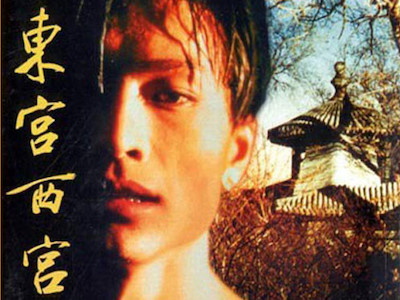